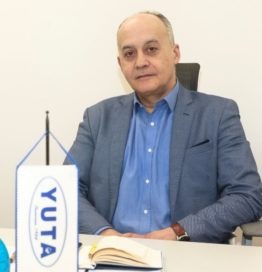 Born in Belgrade on September 11, 1963. After graduating from the College of Hospitality Management, he started working in tourism as a guide for the English-speaking area for a number of travel agencies. From 1986 to 1988 he worked as a tourist representative for JUGOTURS LONDON in Montenegro and Croatia. Since 1990, he has started a permanent employment relationship in RJ JUGOPETROL TURIZAM in Nis, where he worked as a clerk, commercialist and head of the agency, and since 1998 he has been working as a commercial director of JUGOPETROL TURIZAM. Since 2000, he has held the position of Deputy General Manager for Tour Operators and Sales. After 2002, he continued his business engagement in the field of consulting in tourism and PR activities. Since 2005 he has been returning to work in travel agencies, first as the director of ODEON travel & service agencies, then TRAVEL HOUSE, GROSSI travel, and since 2010 he has been working as an advisor to the director of Srbijasum for tourism development. In the period from 2003 to 2010, he participated in the work of projects for the development of tourism and bylaws in the field of tourism. At the suggestion of colleagues from travel agencies, in 2012 he was elected director of the National Association of Travel Agencies of Serbia – YUTA, which he still holds today. Married, father of two daughters.

Tourism in the region of South-East Europe in 2021