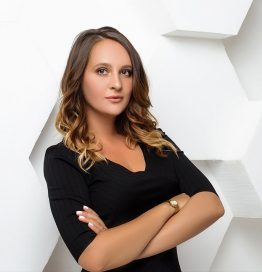 Born in Leningrad, Russia. She graduated from Peter the Great St. Petersburg State University with a degree in Computer Science-Economist. He speaks English, French and Spanish. Since 2013, she has been actively speaking at industry events and conferences, as well as organizing more than 100 projects per year in 6 regions of Russia. Since 2008. she is the owner and director of the wedding agency «Favorit», event-agency «Favorit», executive director of Favorit DMC. In 2015, Anisiya Evdokimova’s wedding agency was nominated for the Wedding magazine award. She is also a World Skills Russia expert. Since 2016 he speaks at conferences in the field of “IT” too. Anisiya Evdokimova has participated as speaker or expert in more than 40 events in Russia, Norway and Denmark. In 2018, she was nominated for an Expert magazine award in the Business Communication nomination.