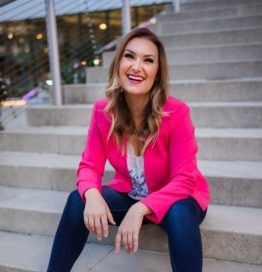 Carrie Abernathy, CMP, CEM, CSEP, is co-Founder of the Association for Women in Events. She is currently the Lead Meeting Planner for the Industry Engagement team at Altria Group Distribution Company. Additionally, Carries runs the blog “A Woman with Drive” that ties in her love of all things golf and leadership together.

Every Monday, Carrie co-hosts the talkcast series “Events: From Black to White” – a discussion on equality in the events industry – with her colleague Derrick Johnson. She is the founder of the Events Industry Sexual Harassment Task Force—a committee that is now being led by the Events Industry Council. For 15 years, Carrie has enjoyed working in the meetings/ events world and connecting with others.

Carrie has also served on several advisory councils and committees that include: PCMA’s Emerging Leaders Committee, Cleveland CVB Advisory Board, Team San Jose Advisory Council, Reno-Tahoe Advisory Board, Salt Lake City Advisory Council, Monterey Advisory Board, Destination Hotels Advisory Council, Green Meetings Industry Council Foundation (Chair- 2014/2015). She has received several industry accolades and was named Collaborate Magazine’s “40 under 40” industry planners to watch. She was also named Smart Meetings Magazine’s Top 50 Smart Women of 2017 and inducted into their Hall of Fame in 2019. That year, she was named Successful Meetings Magazine’s “Top 25 Most Influential” in the meetings industry as well. Carrie has been a finalist for the prestigious “Meeting Planner of the Year” honor for PCMA.

Carrie currently lives in Virginia with her min pin Ginger and you’ll often find her golfing or playing tennis in the summer with her nephews, and skiing in the winter.