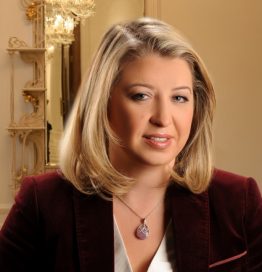 Embarking her career her career in the communication field, Elif worked at the state television of Turkey and also served in various positions in the advertising industry. In 1997, she was introduced to tourism industry. From 2001 to 2014 she worked at the destination marketing organization of Istanbul, Istanbul Convention & Visitors Bureau first as the Director of Sales & Marketing and in 2011 she was promoted to General Manager. She continued her career as General Coordinator of Kalyon Tourism Group with hotels, event venue, travel agency and DMC business.

She took active positions at international industry organisations and was elected ECM Steering Committee Member, ICCA Mediterranean Chapter Chairperson and PCMA International Task Force Member from 2011 to 2014. She was the President of MPI Turkey Chapter for 2017-2019 term as well as ICCA Regional Director for Europe.

Her academic career is continuing on the field of communication and public relations. She is also a guest lecturer at Istanbul Commerce University since 2015 and industry speaker on destination marketing, branding and hospitality.