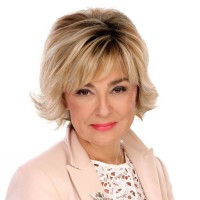 Renata Pindžo, Ph.D., is an Associate Professor at the Faculty of Economics, Finance and Administration (FEFA), Belgrade. She holds lectures at the Academy of Applied Science, College of Tourism, Belgrade. Since October 2021, she has been Communication director at Foreign Investors Council (FIC) in the Republic of Serbia. From July 2008 to October 2021, she was in charge of the tourism sector as an Assistant Minister in the Government of the Republic of Serbia. Since 2013, she has been a member of the National Council for Tourism Development of the Republic of Serbia. Ms. Pindžo graduated from the Faculty of Economics, University of Belgrade, where she obtained a Master’s degree in 2003. In May 2011, she received her Ph.D. degree.

Furthermore, her experience includes more than 13 years in management consulting and financial advisory services. During her employment at Deloitte, she has gained knowledge by providing consulting services to many domestic and international companies, including financial institutions and local municipalities. As a consultant, she was engaged at the Economics Institute and on the World Bank’s projects related to privatization, restructuring, and improving the Serbian economy’s competitiveness. She has cooperated with many international institutions (USAID, EIB, IFC, DFID, SDC, GIZ, etc.) on complex projects of restructuring the Serbian economy. Also, she is the focal point on behalf of the Republic of Serbia (in the tourism field) in the following organizations and regional initiatives: UNWTO, BSEC, RCC, EUSAIR, EUSDR. She has been a keynote speaker and panelist at numerous professional and scientific gatherings. She participated as a president or member of organizational committees in organizing a significant number of events in the Republic of Serbia (China +16, OSCE, event on the occasion of the 60th anniversary of the Non-Aligned Movement, international tourism fairs in Belgrade, numerous international professional and thematic conferences, etc.).Ms. Pindžo is the author of more than 70 scientific papers.