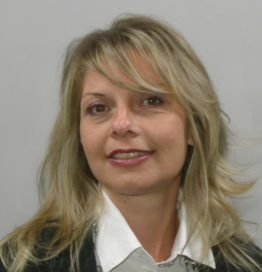 Teodora is a result driven professional with a notable track record of establishing international partnerships, initiating joint projects and initiatives across multiple geographic regions including – Balkans, Black Sea Basin, Western Europe, Russia and UAE. Currently based in Bulgaria, Teodora has been working for 15 years in United Kingdom, where she operated in multitude of industries including real estate, tourism and events for both B2B and B2C audience.

In 2017, while practicing as an International Relations and Event Manager for the Consulting Veritas Cluster, Teodora was leading the initiative to bring the TCI Network regional conference to Bulgaria. Following the successful bidding process, external communication, as well as local contacts with stake holders, Teodora became the conference director of the TCI Network European Conference in Sofia, March 2018.

During the last 3 years, while working closely with the Bulgarian Association of Business Clusters (ABC), she has been involved in continuous dialogues with the Bulgarian Small and Medium Enterprises Promotion Agency (BSMEPA) as well as The Ministry of Economy, regarding regional growth and clusters development.

Since December 2019, Teodora is part of the Bulgarian Convention Bureau in the capacity of managing director. Despite of all the challenges of the global pandemic, Bulgarian convention bureau is proud of its active work during the last months, being able to expand its members’ coverage, partnerships with other associations and to establish constant communication with governmental structures, regarding the operation and recovery of the MICE sector.